Growing economic optimism, a strong housing market and positive economic data from Asia are fueling a big rally in the stock markets this morning at the expense of bonds. This week investors will be receiving a cornucopia of economic data to measure if the recent string of positive numbers can continue. The markets will receive data from labor, housing, manufacturing, consumer attitudes, economic activity and Core PCE. ADP Private Payrolls and the government’s Jobs Report for September will be in the spotlight.

Gas prices continue to push lower at the pumps now that the summer driving season has ended and with the lingering effects of the coronavirus fears. Motor club AAA reports that the national average prices for a regular gallon of gasoline fell to $2.18 today down from $2.23 a month ago. A year ago the price was $2.65. AAA said that a continued decline in demand will likely lead to even lower prices. “Low demand, even as gasoline stocks decline, has helped pump prices decline or hold steady on the week,” said Jeanette Casselano, AAA spokesperson. “That is likely to continue into the fall as the season sees fewer road trips, especially amid the pandemic.”

Despite some restrictions this season, Americans are looking to celebrate Halloween like many previous ones, just with some safety precautions due to the lingering effects of the coronavirus. However, the numbers may be better than what you may have been thinking. The National Retail Federation (NRF) reports that consumers will spend $8.05 billion on Halloween this season, down slightly from $8.78 billion in 2019, due to the lingering effects of the coronavirus. The average to be spent this year is $92.12 compared with $86.27 in 2019. Now for a few numbers for the percentage of Americans taking part in activities this season. Those dressings in costumes will go from 47% in 2019 to 46% in 2020. Throw/attend a party from 32% to 22%. Hand out candy from 69% to 62%. Carve a pumpkin 44% to 46%. Visit a haunted house from 22% to 15%. Trick-or-treating from 29% to 23%. Decorate your home from 49% to 53%. So the ‘Spirit‘ is still alive.

Consumer confidence surged in September as the economy continued to improve while fears from the coronavirus eased. The Conference Board’s Consumer Confidence Index surged to a post-pandemic high of 101.8 this month, above the 88.5 expected and far surpassing the 86.3 recorded in August. Lynn Franco, Senior Director of Economic Indicators at The Conference Board said, “A more favorable view of current business and labor market conditions, coupled with renewed optimism about the short-term outlook, helped spur this month’s rebound in confidence.

Home prices continued to show positive gains over the summer as low rates and an improving economy have buoyed the sector. The S&P Case-Shiller 20-City Home Price Index showed a 3.9% increase year over year after the 3.5% gain seen in June with a 0.6% increase from June to July. The National Index jumped 4.8% annually and was up 0.8% monthly. Craig J. Lazzara, Managing Director and Global Head of Index Investment Strategy at S&P Dow Jones Indices said, “The strength of the housing market was consistent nationally – all 19 cities for which we have July data rose, with 16 of them outpacing their June gains.”

The U.S. Census Bureau reports that American household incomes jumped in 2019 from 2018 to $68,703 due in part to low unemployment and a solid economy. The Census Bureau went on to report that real median income rose by 7.9% for Black Americans, 7.1% for Hispanic Americans, and 10.6% for Asian Americans. In addition, child poverty decreased to 14.4%, the lowest child poverty rate observed since 1973.

The housing sector continues to astound the markets and has been an anchor for the U.S. economy for the past four months. The National Association of REALTORS® reports that Pending Home Sales rose 8.8% in August to a record 132.8 for the index. Annually, the index surged 24.2%. However, the pace can not be sustained given the low levels of supply. NAR’s Chief Economist Lawrence Yun says, “While I did very much expect the housing sector to be stable during the pandemic-induced economic shutdowns, I am pleasantly surprised to see the industry bounce back so strongly and so quickly.”

Private employer hiring saw robust numbers in September as the economy continues to rebound from the pandemic induced levels seen in late March and early April of 20202. ADP Private Payrolls rose by 749,000 versus the 600,000 expected and up from the 681,000 created in August. Solid gains were seen in trade, transportation, utilities and manufacturing. “The labor market continues to recover gradually,” said Ahu Yildirmaz, vice president and co-head of the ADP Research Institute. However, small businesses continued to demonstrate slower growth.”

Lawmakers on Capitol Hill continue to try and hammer out a much-needed stimulus deal to aid the American people. Time is running out as lawmakers are set to leave D.C. at the end of the week to hit the campaign trail. Congress agrees on direct payments to Americans, enhanced unemployment benefits and help for small businesses. If a deal isn’t reached this week, help won’t come to those in need until after the general election.

Americans filing for first-time unemployment benefits continued to run stubbornly high in the latest week. Weekly Initial Jobless Claims came in at 837,000 for the week ended September 26, below the 850,000 expected and down from the 873,0000 in the previous week. The 837,000 is the lowest level since the 6 million seen in late March and early April at the height of the pandemic. Continuing claims, which measures those receiving benefits for at least two weeks straight, fell to 11,767,000 from 12,747,000.

Home borrowing costs remained at low levels in the latest survey and continue to buoy the housing market. Freddie Mac reports that the 30-year fixed-rate mortgage was essentially unchanged this week at 2.88% with 0.8 in points and fees. A year ago at this time, the rate averaged 3.65%. Freddie Mac’s Sam Khater says, “We’re seeing potential home buyers who now have more purchasing power and many current homeowners who have the option to refinance their loan for a better rate. However, several factors could disrupt this activity including high home prices, low inventory and lender capacity.”

Due to many American workers and school children still doing virtual remote work and learning sessions from home, real estate agents are gearing up for a busy fall home-buying season. Many markets are seeing bidding wars as home prices edge higher while inventories thin. The recent Existing Home Sales report showed inventories at three-months where six-months is seen as normal. “The strong interest in home-buying observed this summer has carried over to the fall,” Joel Kan, MBA’s economist recently said. 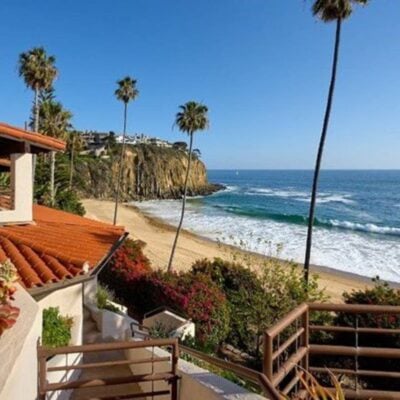 Article posted by Redfin- This represents an uptick in the share of homes selling quickly,...

IN THE MIDDLE – After adjusting numerical data from the past for the impact of...

This last part is just to summarize this series for you and add some additional...