What Is In Store For Our Economy Next Year? 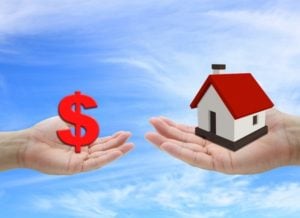 I want to share a quick summary of the Chapman Economic Forecast for 2019 with you. The biggest question everyone has at the end of the year is what is going to happen the following year. Right now, they are not predicting a recession. The current expansion continues to exceed most other expansions so we could be due a recession, but it won’t happen in 2019. While growth is expected to slow with rising rates, and a slowing housing market, it should still be greater than 2.0%, which is a healthy growth rate for our economy.

The A. Gary Anderson Center for Economic Research’s forecast is a great resource. The Center’s forecast has historically been ranked one of the most accurate of any Economic Forecast in the entire United States.

The complete results are reported in the Economic and Business Review. The A. Gary Anderson Center for Economic Research at Chapman University released its 2018 forecasts for the United States, California, and Orange County. The updated forecast takes into account more accurate historical economic information that is now available for 2017, as well as the economic trends that have emerged during 2018. Chairman Emeritus Dr. Jim Doti presented the forecast to Orange County business and community leaders at the Segerstrom Center for the Arts Concert Hall in Costa Mesa, CA on Thursday, December 13th. The following is a summary of the presentation:

The economic recovery will continue in 2019, becoming the longest expansion in U.S. history. However, that recovery will crawl along at a snail’s pace. The upward trajectory that began in June 2009 is flattening, said President Emeritus Jim Doti, founder of the 41-year-old forecast. “This expansion is kind of long in the tooth. It’s getting stodgy.” The U.S. economy’s growth should be 2.9% this year, up from Chapman’s revised June 2018 forecast of 2.7%. Next year, it should grow about 2.4%. “Growth will slow, but it will continue and we will avoid the recession usually marked by a weakness in residential construction and investment,” Chapman said in its report.

Consequently, the team of economists at the A. Gary Anderson Center for Economic Research foresee growth of 2.4%, but no bear market or recession in 2019. However, they predict that higher interest rates will cool the housing market, job growth will slow, and the stock market will correct from its 2018 ascent. They credit the Tax Cuts and Jobs Act for averting a worse scenario. “We believe (the tax act) supported this higher investment spending that will keep the economy going longer than maybe otherwise. I personally believe if we didn’t have that tax cut, we’d be talking about recession this year,” Doti said.

Still, they predict that the housing downturn that began in 2016, will quicken in 2019, with residential building investments dropping by 6 to 8 percent. Offsetting that decline will be a 4% growth in non-residential construction, such as commercial buildings, hospitals, and schools. In 2018, the fastest growing job sector was construction, and that momentum is expected to continue, they said. California will also experience slower job growth in 2019 because of already low unemployment rates and a flow of people leaving the state – most often to Arizona, followed by Texas, Oregon, Washington, Nevada, and Utah.

While the trade war with China shouldn’t be discounted, Doti said, he is relatively hopeful that it won’t escalate. “I think it will be resolved,” he said. “Both countries have a lot to lose if they don’t settle things. Especially China.”

California continues to generate more jobs than the rest of the country, 2.0% versus 1.6% for the United States. California’s job growth should slow to 1.5% next year, the report predicted. In California infrastructure spending supported by the gas tax in Senate Bill 1, will counterbalance the residential decline even further. That trend will be slightly stronger in Orange County. Chapman predicts Orange County’s job growth will be 2.2% this year, a net increase of 35,000 jobs. Growth should slow to 1.7% next year, it said.

If you have any questions or comments about this economic outlook, please reach out to us today.